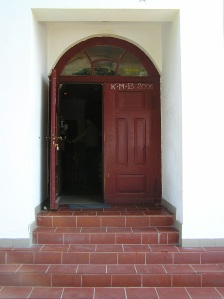 The term “open adoption” doesn’t have just one definition. There are levels of openness in adoption. If no identifying information is shared between the birthparents and the adoptive parents, I’d call that a “semi-open adoption”. The parents kind of sort of know each other, but not really. As Jenna writes, some agencies market semi-open adoptions, in which letters and pictures are sent through the agency, as open adoptions.

Anecdotally, it seems that many adoptive parents are afraid of open adoption. Some adoptive parents agree to levels of openness that they may not plan to follow through on after placement. That would be called “lying”. If you truly don’t know what you’d be comfortable with, admit it. When my husband and I discussed openness, we said we’d consider visits, but whether or not they happened would depend on a number of factors. These include the stability of the birth family, the distance to travel, and whether we felt our child would be safe.

It seems to me that the people who are most afraid of open adoption fall into two categories: insecure about parenting or unwilling to put in the work required to maintain an open relationship. My friend Julia once wrote, “Open adoption is not for the comfort and convenience of the adoptive parents, it is for the psychological health of the kids.” I believe that, so even though our relationship with Jack’s birthmother is complicated, I wouldn’t trade it for a closed adoption, nor would I close the adoption.

I can understand being insecure about parenting. I think all new parents are insecure. My mother-in-law offered to come with us when Jack was born, and I was very glad that my husband turned her down diplomatically. I didn’t want to be told I was doing something wrong all the time. If you’re concerned about being judged, setting boundaries, or bonding, then perhaps you might postpone visits for a month or two, while you get settled into a routine. However, be sure to communicate this wish to the expectant parents.

I’ve said it before: Like snowflakes, no two adoptions are alike. You have many options available to you. Don’t say no to openness because of fear, and don’t slam the door on openness because it’s hard. Ultimately, your child will benefit from knowing his or her birth family.